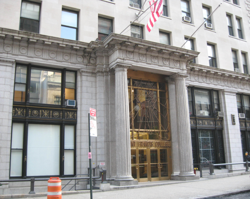 The beginning stages of the Renaissance state of the art academic tutoring partnership with St. Francis College in Brooklyn has been a major success thus far.

The program, spearheaded by Dr. Peter Leibman, Professor of Education at the Brooklyn-Heights school, provides full-time graduate students and seniors as one on one tutors for Renaissance youngsters, grades five thru eight, in subjects ranging from language arts, math, science, history, and foreign languages. 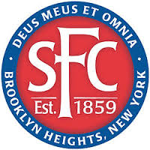 It's essential that our participants get the help that they need, which is where we come in and make the connection.  We don't let our kids lag behind in the classrooms, because those are bad habits that inevitably lead to bad habits in life. These auxiliary academic services are free of any cost, as the Renaissance have standing partnerships and agreements with outside sources that allow us to sharpen our young men.

What makes the collaboration standout is the effort by St. Francis to lend the tutors to the actual neighborhoods, homes and/or schools where each child is closest to.  If mutual arrangements are difficult to make, the tutors alleviate the complications by going directly to the home of the student if need be. In addition, Dr. Leibman's incredible staff will be conducting free classes for SAT prep for RENS high school sophmores and juniors.

‘School Before Sports’ for Harlem RENS

No matter how you look at it, the word “student” always precedes the word “athlete” in the phrase “student-athlete.”

Unfortunately though, some athletes focus too much on sports and not enough on academics, which can ultimately squash an athlete’s dreams of becoming a professional.

The key in these situations is to teach young athletes early on that their athletic talents must be supported by strong academics. That’s exactly the mission of a partnership between the New Renaissance Basketball Association and the St. Francis College, Brooklyn Heights, School of Education.

The basketball association, known as the Harlem RENS, is an Amateur Athletic Union travel program for children in third through 11th grade. Over 200 kids from all five boroughs, Long Island, Westchester, Connecticut and New Jersey play on teams scattered throughout the tri-state area.

The RENS are sponsored by Nike, so there is no cost to families for their children to play. Even so, the aspect of the organization that has really caught on is the free tutoring program organized by St. Francis.

Twenty-one members of the college’s Kappa Delta Pi educational honor society tutor the student-athletes in their academic areas of need. The tutoring program started in 2013 with 12 kids, and already more than doubled to 28 students in the following year.

As a travel program, the RENS feature competitive basketball teams in every grade level, but the tutoring program is what really sets the organization apart.

“The basketball talent is God-given,” said Dan Klores, who founded the RENS program in 2012. “To develop the whole person is the goal. Nothing is more important than succeeding in your aptitude, and the pleasure is to watch young people improve themselves.”

Dr. Peter Leibman - Associate Professor, Supervisor of Student Teachers, and Moderator of Kappa Delta Pi International Education Honor Society has been impressed with the early success of this program. He said it’s a win-win situation, since the young student-athletes get the hands-on attention they need, while his college students prepare themselves for life in the classroom.

In November, 2013, Leibman invited the parents of RENS players to the college for an introductory meeting about the tutoring program. He shared his own experiences from when he was the basketball coach at Bishop Loughlin M.H.S., Fort Greene.

He spoke about a player named Mark who struggled very much academically in his first semester. Leibman confronted Mark individually about the need to improve his grades so that he could continue playing.

Leibman’s message must have been received well, since that “Mark” was Mark Jackson, a 17-year NBA veteran and St. John's University Alum.

“The RENS really remind me of Mark (Jackson),” Leibman said. “They and their parents realize that there’s more to playing basketball than just putting points in the hoop. You have to develop on all levels, not just athletically but academically and on a personal level as well. I think Dan’s (Klores) program is accomplishing those things.”

Each tutor was matched up with a player based on area of academic need and proximity. The RENS organization pays the tutors an hourly salary and also covers any travel expenses.

Since the tutoring started about two months ago, the parents of the student-athletes have noticed an increase in their child’s motivation to want to delve deeper into academics.

Jenny Smith, mother of 12-year-old Jalen, stresses to her son that basketball might be his goal, but academics will help him achieve that goal.

“He (Jalen) goes to school to play ball; he doesn’t play ball to go to school,” Smith said. “I see him come home now, and instead of running straight to the computer, he’ll go into his book bag and start finishing off whatever homework he didn’t finish, or he’ll choose to read a book rather than play a video game.”

“I constantly stress to him (Jalen) that being a great basketball player is amazing and you get to experience a lot of things that others don’t, but it’s not a guarantee,” Rosenberg said. “Your education is the most important.”

“I put my studies first because I know that if I don’t get my schoolwork done, I won’t be able to play any sport,” said Jalen, a point guard in sixth grade.

Before the sessions began, each tutor spent ample time gathering information on their student, which included talking with the parents and even contacting the child’s schoolteachers.

“I think one of the most important aspects of teaching is to have that understanding of your students,” said Lauren McNair, a senior at St. Francis who tutors 12-year-old Jonathan Hahami, a seventh-grade combo guard.

“Lauren (McNair) has gone above and beyond anything we were to get in a school setting,” Hahami said. “He (Jonathan) is thinking critically on his own, making a lot more inferences, and a lot of that has come from Lauren. I’ve never seen him more motivated since he’s met Lauren.”

“This is the first basketball team that’s really done this for me, and it’s really special to me,” Jonathan said. “Not only do they care about my development as a player but also as a student and as a person.”

Eventually, Klores and Leibman would like to enroll 50 RENS student-athletes into the tutoring program. In the spring, the high school students in the RENS program will receive free SAT prep courses from the St. Francis students as well.

Through this partnership, the young student-athletes are realizing that basketball talent can only take them so far.

If they listen to the advice of their tutors – who themselves are gaining valuable career experience – their basketball dreams have a much better chance of becoming a reality.

The RENS Education Program has been featured in "The Tablet" 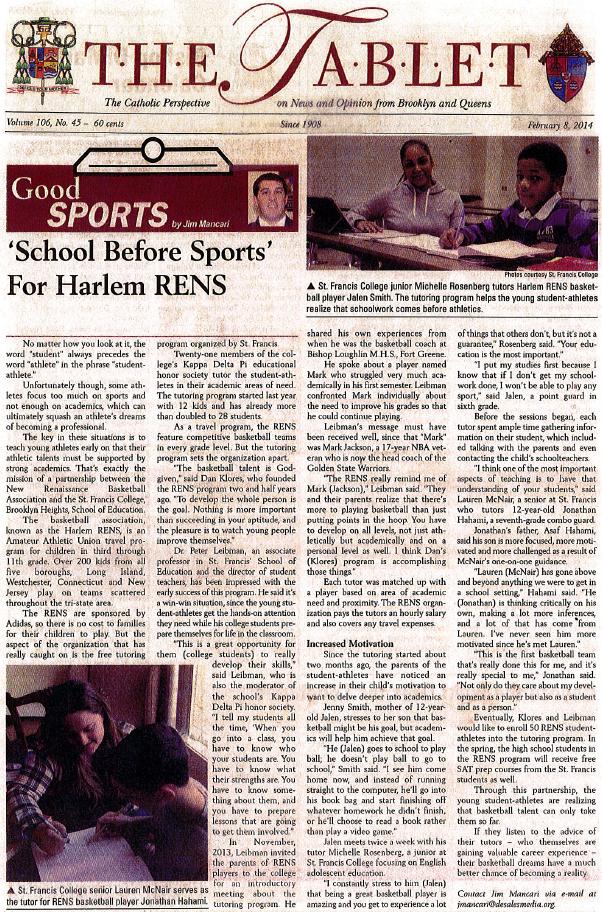