The New York Renaissance are supported by a 16 person Board of Directors, compromised of men and women from diverse backgrounds and professions, whom share the love for children, education, parenting, and teaching.  Their vision has helped to establish organization as the creative leader in the field.

Founder, Dan Klores – Dan Klores is an award winning filmmaker and playwright. He has directed six films including the Peabody Award four hour epic, 'Black Magic', and 'Crazy Love' which won the Independent Spirit Award in 2009 for best director. Mr. Klores is also the founder of DKC, one of the nation's largest independent marketing, public relations, and government affairs firms. He resides in Manhattan with his wife Abbe and three sons.

Chairman, Craig Klosk – Craig Klosk co-founded the Wicks Group in January 1989.  As a Managing Partner at Wicks, he is involved in all its investment and management activities and serves on the Board of Directors of all its operating companies.  Mr. Klosk is actively involved in a board range of community service and philanthropic activities.

Eric Aroesty - Eric Aroesty is an active entrepreneur and investor, with a particular focus on the Internet.  He graduated from the University of Pennsylvania in 1992.

Alan Fishman -Alan Fishman is a lifelong Brooklynite.  Alan was educated in the public schools graduating from Erasmus Hall High School.  He graduated from Brown University with a degree in Economics and received a master's degree in Economics from Columbia University. Mr. Fishman has a varied career in the Banking industry.  He is currently the Chairman of Ladder Capital Finance Corporation.  Prior to Ladder, Mr. Fishman, for a short period of time, was the Chief Executive Officer of Washington Mutual Bank.  During 2007 and 2008, he served as Chairman of Meridian Capital Group and prior to joining Meridian, he was President of Sovereign Bank.  He assumed the leadership of Independence Community Bank when he was elected President and Chief Executive Officer in March 2001.
Mr. Fishman has been an active leader in many not-for-profit activities in Brooklyn.  He served as Chairman of the Board of Trustees of the Brooklyn Academy of Music.  He also served as Chairman of the Brooklyn Navy Yard Development Corporation and as Co-Chairman of the Downtown Brooklyn Partnership.  He currently serves as the Chairman of the Brooklyn Community Foundation.  The Brooklyn Community Foundation is the successor institution to the Independence Community Foundation.  The Brooklyn Community Foundation is Brooklyn's only Foundation focusing exclusively on the Borough.  Mr. Fishman serves on the Boards of several private companies and other not-for-profit and civic organizations.
Mr. Fishman is married to Judith Fishman.  They have two sons, four grandsons and a granddaughter.  They reside in Brooklyn Heights.

Jacqueline Harris - Since moving to NYC from Chicago in 2002, Jackie has been involved with and served on numerous boards and organizations.  She currently serves on the Deans Council of the College of LSA at the University of Michigan and is very involved with FACES (Finding A Cure for Epilepsy and Seizures) at NYU Langone Hospital. She is also actively involved with the Susan G. Komen Organization and Partnership for Drug Free Kids.

She formerly served on the board of NYU Langone Hospital, was President of the New York Chapter of the National Women’s Division of the Albert Einstein College of Medicine of Yeshiva University and was a chaired the annual Albert Einstein Family Day in the Hamptons and the Annual Spirit of Achievement of Luncheon for over 5 years each.  She was also involved with numerous other organizations in NYC and Chicago.

Jackie Harris is a graduate of the University of Michigan with a Bachelor of Arts degree in political science (1989).  She also holds a MBA from the J.L. Kellogg Graduate School of Management (1995) and received her Juris Doctor degree from the Northwestern University School of Law (1992).  Jackie lives in New York City with her three sons Harrison, Alexander and Jackson.

Charlie King - Charlie King is the the New York City Co-Chairman of Mercury Public Affairs. He is a fixture in New York politics, government and advocacy, dedicating more than twenty-five years of his life to serving New York in both the public and private sectors. He is an attorney and was formerly the State Executive Director for the New York State Democratic Party. King is a graduate of Brown University and New York University School of Law where he was honored as a Root-Tilden Scholar.

Reggie Love - Reggie currently serves as V.P. at the Transatlantic Energy Group and has been an equity partner since 2012. Prior to joining Transatlantic, Mr. Love served in the Executive Office of the President as a personal aid to President Obama from 2007-2011. Reggie graduated from Duke University in 2004 and received his MBA from the Wharton School at the University of Pennsylvania. A member of the basketball and football teams at Duke, Reggie had short stints in the NFL with the Dallas Cowboys and Green Bay Packers. Reggie resides in Washington D.C.

Adam Rosenthal – Adam completed his M.B.A. at The Wharton School of the University of Pennsylvania. He immediately entered the Private Investment Management department and, in 2000, was asked to become a partner in the Witover Wealth Management Group. His corporate finance expertise, particularly his experience in the energy sector, has been instrumental in the creation and management of the group’s Master Limited Partnership portfolio. Adam is a member of the UBS Pinnacle Council, the most select group of financial advisors based on assets under management and other firm metrics.

Michael Salzer – Michael Salzer is the owner and president of MacGuffin Films, Ltd., where he oversees the production of television commercials for Fortune 500 companies.  He currently serves on the Board of Directors for the Windward School where he is a Vice President.  Mr. Salzer resides in Greenwich Village, New York.

Aaron Saperstein – Aaron Saperstein is the executive director of Morgan Stanley Wealth Management Group. Currently he sits on the board of an Assisted Living Facility in New York.  Aaron lives in Bedford, NY with his wife Jane and two sons Asher and Jesse.

Eric Schwartz - Eric Schwartz is CEO of 76 West Holdings, a private investment firm with a focus on the financial services industry. He serves as Chairman of an online consumer finance company, a working capital finance company, a wealth management firm, and a precious metals dealer. He has also served as a director or Chairman of several other companies, based in the US, India, Japan, and Switzerland. He is the principal owner of the professional basketball franchise in Paris, France.

Earlier in his career Eric served on the Management Committee of Goldman Sachs, where over time he was co-CEO of the Global Equities and Investment Management Divisions and was a partner in the Equity Capital Markets unit of the Investment Banking Division. At the time of his departure in June 2007 he was also co-head of the Firm's Partnership Committee, tasked with supervising the process of promoting new partners.

Eric has been involved in several philanthropic endeavors, and among others today serves on the boards of the Jewish Community Center in Krakow, Poland; City Harvest in New York City; the Guggenheim Foundation; and Columbia Global Reports. He served as the Chairman of the investment committee for the endowment of UJA-Federation of New York, and earlier as Chairman of Securing America's Future Energy (SAFE), an advocacy organization in Washington focused on energy policy, and as Chairman of the Rome (Italy) Chamber Music Festival.

Rob Sharp – Rob Sharp is Co-CEO of Ramy Brook, one of the nation's fastest growing contemporary fashion companies. He previously served as a private equity investor for 20 years, most recently as a Senior Partner and member of the Management Committee of MidOcean Partners. Prior to his role with MidOcean, Mr. Sharp was a partner at Investcorp International. He started his career in the mergers and acquisitions group at Drexel Burnham Lambert, and was later an investment banker at Bankers Trust. Mr. Sharp is a leader in the area of consumer investing, and is especially known for acquiring and building iconic brands. Mr. Sharp received his MBA from Columbia University where he was a Samuel Bronfman Fellow, and graduated Summa Cum Laude, Phi Beta Kappa from Union College.

Anthony Westreich - Mr. Westreich established Monday Properties in 2004 when he acquired 100 percent of Max Capital Management Corp. and its 4-million-square-foot portfolio. Previously, Mr. Westreich served as President of Max Capital, overseeing all asset management, property management, construction management, leasing and development. Prior to his work at Max Capital and then Monday Properties, Mr. Westreich was a partner in Westfield Realty Inc., where he managed over 4 million square feet of office space in the Washington, D.C. metropolitan area, and established a joint venture with Eakin/Yougentob Associates for the development of more than 5,000 homes in 25 townhouse and condominium communities.

Mr. Westreich serves on the board of the Grand Central Partnership and is a member of the Real Estate Board of New York, the Building Owners and Managers Association and the Young Presidents’ Organization. He is a graduate of Southern Methodist University and has completed the Owner/President Management Program at Harvard Business School. In addition, Mr. Westreich is actively involved in many charitable causes such as WIZO, AIPAC, Lincoln Center, RETT, Mt. Sinai Hospital and many others. 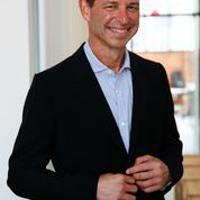 Among his many achievements, Andy was named an Ernst & Young ‘Entrepreneur of the Year’ in New York City.  In addition, he was twice featured on the cover of Entrepreneur Magazine and was named ’40 under 40’ by Crain’s New York Business, as well as being listed ’35 Under 35’ by New York Magazine. The Resident Publications’ deemed Andy one of the ‘Big 100’ in their story on the 100 most influential New Yorkers.  New York’s Our Town Newspaper named Andy an East Sider of the Year. Additionally, the Honorable Rudolph W. Giuliani presented Andy with the Esther Montanez Leadership Award for his work with the charitable organization, the Fountain Gallery. Previously Andy co-founded both the Cosi and Kidville concepts.